www.conferencehotels.eu offers you a free and comfortable search for conference hotels in Milan. Here you will find the most popular conference hotels which Milan has to offer and which you can request directly online with the best conditions available.

Search for the best conference hotels Milan has to offer

You can only find the best venue that is the best conference hotels for your conference only by fully understanding the needs and requirements of your organization. Questions like what is the purpose of your conference? What will be the overall mood required? How many guests will be attending the conference? And what is the background of the guests? Need to be answered before selecting the right venue. Also if you have any additional demands you should make of a list of these requirements so that you can discuss them with the prospective hotels. After finding the answers to the above questions if Milan is where you wish your conference to be, then we have some useful information for you. Given below are some facts about Milan that you should know. 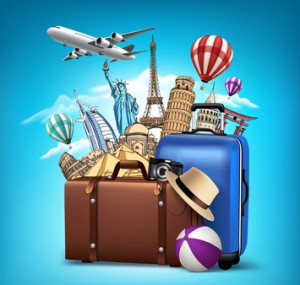 Being located in Lombardy, one of the north-west administrative regions of Italy, Milan is the capital and one of the largest cities in the area. Milan has a long history, attacked by many nations; it flourished and came out as a center for banking, finance, economics and commerce. It now holds Italy’s main stock exchange. It attracts business community from around the world as it is the hub of many large banks and companies. Milan is a major tourist attraction because of its arts, culture, music and fashion. Its cathedrals, museums and other historical buildings are furnished with the paintings of Leonardo da Vinci which make them prominent amongst other world heritage sites. The city’s love for sports especially football is famous around the world. Its two major football leagues A.C. Milan and F.C. Inter Milano have made their presence amongst the top teams. Milan is connected with the rest of the world via its 3 international airport and many other railway networks. Inter-city public transport is widely and easily available.

Other popular destinations besides Milan are Rome, Munich, Vienna or Zurich.

Why choose conference hotels in Milan?

The 32 conference hotels Milan has to offer are listed on our website where you can check for their details by clicking their names. Marriott Milan Hotel is one of the 5-star conference hotels located in Milan that is equipped with state-of-the-art equipment including Wi-Fi internet connection. Each conference room has adequate space where you can adjust a large audience. The ambience of these rooms is such that it perfectly sets the mood for your conference. These conference hotels Milan offers have additional services like gym, spas and restaurants with a wide range of cuisines from around the world to make your extra-time or post conference festivities exciting. Their guest rooms are also of high-quality with LCDs, air-conditioning, bathtubs, showers and mini bars so that your guests feel at home during their stay at the hotels.

Online reservation of a conference hotel in Milan

Now that you have decided to conduct your conference in Milan you can search for the best conference hotels Milan has to offer. Our online reservation portal is there 24/7 to help you out in choosing the right conference hotels. Submit your queries to the potential hotels and receive their offers within an hour. By comparing the different offer, go for the one that interests you!